Burial allowances are funds that are available to eligible veteran’s families to assist in funeral or burial expenses.  They are separated and evaluated as two payments, burial or funeral expense allowance and plot or interment allowance.

A veteran may be eligible to receive a VA burial allowance in his/her name if:

For veteran’s that died due to a service-related death, the VA will pay up to $2,000 toward burial expenses. If the veteran is buried in a national cemetery, some or all costs for transportation may also be reimbursed.

When a veteran dies due to a non-service-related death, and meets the eligibility requirements, the VA will pay up to $300 toward burial and funeral expenses and $300 for plot and interment allowances. If the death occurred while under the care of the VA hospital or nursing home, some or all costs for transportation my also be reimbursed. 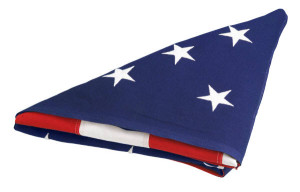 An American flag is a symbol of the dedication and service that a veteran showed to his/her country. For those veterans who are eligible, a flag can be displayed at the services by either being draped on the casket or folded in a triangle and place in the corner of the casket or next to an urn. 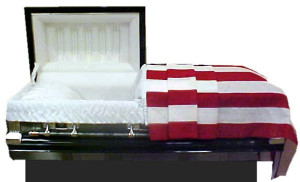 A veteran may be eligible to receive a burial flag in his/her honor if:

For burials that take place in a non-government cemetery the VA will furnish a marker, headstone or medallion for eligible veterans at no cost to the family, this does not include any fees that may be associated with setting or placement.

A veteran may be eligible to receive a marker or headstone in his/her honor if:

The VA provides the veteran’s family with a few options for government markers. If the family would like to do a private marker, the VA will offer a service medallion as an additional option. The medallion is available in three sizes, 5 inches, 3 inches and 1 ½ inches. Across the top of the medallion will be the word, VETERAN and across the bottom you will find the veteran’s branch of service. For families that prefer the government maker or headstones there are a few more decisions that will need to be made.