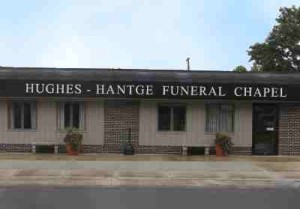 Caring for the Special Needs of the Hector, Buffalo Lake and Cosmos Communities

Tolling of the bells and chimes would notify the residents of Hector of someone’s passing. When the bells would ring their beckoning call an undertaker would soon begin his work. This was tradition in Hector for decades. Even now, when the bells ring, the morticians, or funeral directors as they’re called today, continue to serve the community.

It was the year 1878 and the village of Hector was founded following the appearance of a railroad line. Many residents became entrepreneurs and started businesses in order to accommodate the needs of the community and lure future prospective citizens. What would eventually become one of the most vital businesses in town started off as the modest hardware and farm implement store, Peterson & Nelson. Twelve years later, the business was incorporated and bequeathed as Hector Lumber & Supply Company. At the helm of the business were three men: Oscar F. Peterson, F.E. Reusswig, and Gustav Lunder. At this store one could purchase a wide array of goods, from carriages, hardware, plows, to pianos, kitchen supplies, and toys.

Among the numerous services they also provided was undertaking (it was commonplace for furniture/hardware stores to provide funeral services since they often sold coffins and caskets). Lunder was the mortician. During 1897, the business was relocated to a newly built two-story structure located at the northeast corner of Main Street and Birch Avenue. On the second floor, tucked away, was where Lunder would do his work. The ownership/management would continue to exchange hands until 1907.

Simultaneously, there was another competing business in town by the name of Johnson, Peterson & Co., that was established in 1896. In addition to offering an exhaustive list of products that included furniture, lumber, and livestock the company boasted a staff that included a tinsmith and undertaker. The two enterprising men behind this company were Hans Peterson and George Johnson. Both men were highly regarded in the community for tending to many essential services and needs. Realizing that the town could not properly patronize both hardware stores, the two businesses merged into the Johnson Hardware Store in 1907. This was an agreeable merger to the partners involved, considering that George Johnson and Oscar F. Peterson (former part-owner of the defunct Hector Lumber & Supply Co) were brothers-in-law. The decision was made to house the store at Hector Lumber & Supply’s existing building at the intersection of Main and Birch. Greeted by enthusiasm, the consolidation proved to forge a more lucrative business that continued providing excellent service to customers. 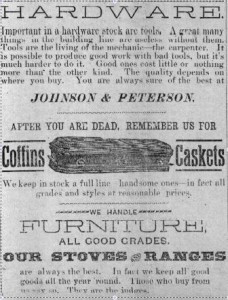 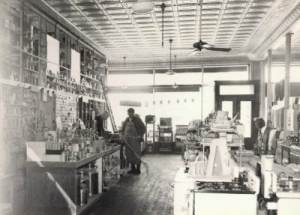 Inside the main floor of the Johnson Hardware store, early 1900’s 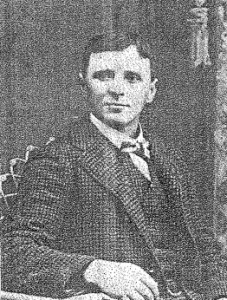 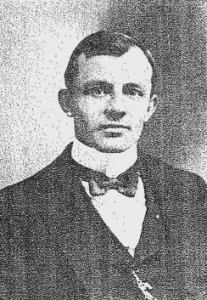 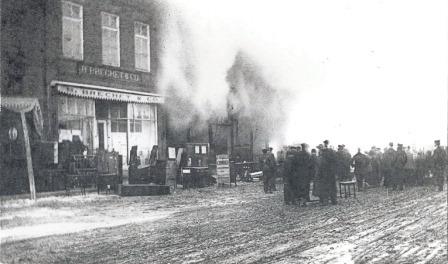 Late one day in February of 1915 a fire broke out at the shop. One of the employees, John Koch, had tried to empty a barrel of gasoline from the basement but could not bear the fumes. He called out to Gustav Lunder for assistance. Within moments of Lunder’s appearance downstairs, an explosion occurred, caused by fumes reaching the furnace. Both men suffered burns, but were fortunate enough to survive. The building burned to the ground, along with most of the merchandise and undertaking supplies. Proving the company’s resiliency, George Johnson immediately began making plans to rebuild the two-story structure.

Hector has been the privileged host of some beloved morticians. Gustav Lunder was the first recorded and many grieved his passing from pneumonia that he contracted while officiating a funeral in 1923. In his stead a man by the name of C.H. (Herb) Lundren became the new embalmer at Johnson Hardware. By this time the company had modernized part of its practice by adding an auto hearse to its funeral services. Two more men would serve as morticians during the early to mid-1900s, Manfred Olson and Fred Peters. These men continued to work in the upper level of the hardware store, frequently hosting visitations if the family chose not to conduct one at their home.

In 1954, Raymond (Ray) Hughes was greeted by Russell Johnson (grandson of George) and staff as the newest mortician at Johnson Hardware. After graduating from Lake Crystal High School in 1942, Ray enlisted in the U.S. Navy and served during World War II. Ray received his Degree in Mortuary Science from the University of Minnesota in 1948, and returned to his hometown of Lake Crystal for employment with the James Brothers Funeral Home. He worked for the Johnson Hardware Store until purchasing the funeral home business in 1961. 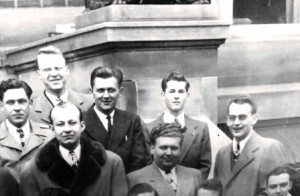 Hughes with member of his Mortuary Science graduation class, 1948. He is located in the middle row, last one on the right. 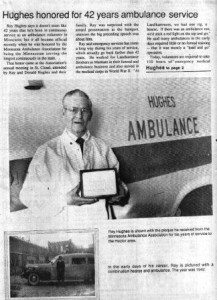 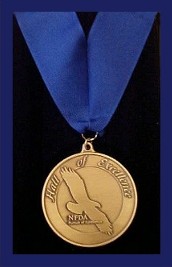 With his wife, Pearl, the couple founded the Hughes Funeral Home, and in 1962, moved the location from the second story of Johnson Hardware to a grand white house situated on the corner of Douglas Avenue and Main. When he was not busy at the funeral home, Ray was working at the Hardware Store.

The decades to come were a time of growth and change for the Hughes Funeral Home. Hughes and Pearl expanded their business with funeral homes in Buffalo Lake, Stewart, and Cosmos. Following in his father’s footsteps, Don Hughes graduated from the University of Minnesota Mortuary Science Program in 1988, and returned home to continue working in the family business. In 1990, the business was relocated to its current location at 311 Main Street in Hector. During his years in Hector, Ray Hughes provided forty-two continuous years of service with the Hughes Ambulance Service, and thirty-six years as a volunteer firefighter.

In 1995, Ray, Pearl, and Don incorporated the Raymond D. Hughes Funeral Homes, Inc. When Ray passed away on July 25, 1996, Don and Pearl continued providing funeral services to the area. Ray’s daughter, Cindy Christopherson, returned home in 1998 to work alongside her brother and mother. Pearl passed away in 2002. Don continued to provide funeral service with the help of his sister, Cindy. Six years later, Don was married to his wife, Tammy, on February 2, 2008.

Article was published in the Hector Mirror on January 5, 2011.

After serving the area for more than 50 years, Robert and Richard Hantge of Hutchinson purchased the business in 2010 and retained the services of Don Hughes and Cindy Christopherson. The Hughes-Hantge Funeral Chapel received the 2012 Pursuit of Excellence Award, honorably given by the National Funeral Directors Association, recognizing their efforts in “innovative programming and outstanding community outreach”.

This includes ongoing education to bereaved families, and sustaining an active level of involvement in the community. The Hughes-Hantge Funeral Chapel continues to provide superlative services and care to the residents in and around the communities of Hector, Buffalo Lake, Cosmos, and Stewart. 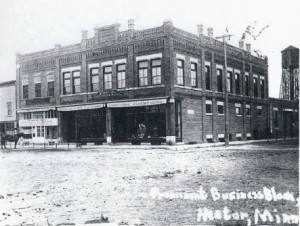 The original location of the Johnson Hardware Store, was erected on the corner of Main Street and Birch. Photo circa 1900’s 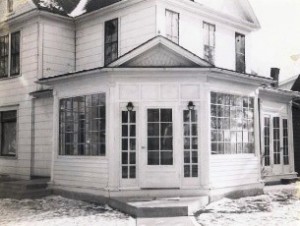 Ray Hughes moved his business to this home, located on Main and Douglas. It was mere blocks down from the original location. 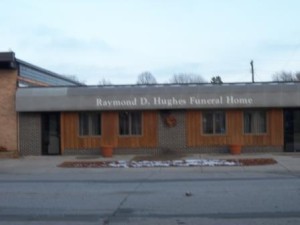 Even though the exterior has changed since this photo was taken in 2010, the funeral home’s current location is on Main Street.