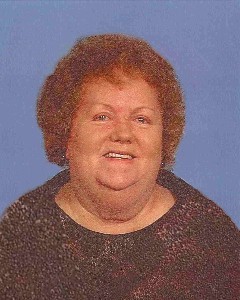 Funeral Service will be Wednesday, October 28th, 11:00 A.M. at Dalin-Hantge Funeral Home in Winthrop, with interment in the Arlington City Cemetery in Arlington.

Visitation will be two hours prior to the service at the Funeral Home on Wednesday.

Betty Lou Wagner was born on August 19, 1939, in Siren, Wisconsin. She was the daughter of Hans and Minnie (Dahl) Andresen.

On November 15, 1957, Betty was united in marriage to Glenn Schauer. This marriage was blessed with two children, Judith and Jeffrey. Betty and Glenn shared 32 years of marriage until Glenn passed away in 1989.

On November 8, 1996, Betty was united in marriage to John “Joe” Wagner. Betty and John shared 6 years of marriage until John passed away in 2002.

Betty was a loving wife, mother and homemaker. She was employed at various canning factories.

Betty enjoyed cooking, baking, canning and tending to her gardens. She especially enjoyed spending time with her grandchildren, friends and going to Wisconsin to visit all of her family.

Betty passed away on Friday, October 23, 2015, at Oak Terrace in Gaylord, Minnesota, at the age of 76 years. Blessed be her memory.

Betty is survived by her:

Jeffrey Schauer and his wife, Kim of Winthrop, MN;

Many Nieces, Nephews, other relatives and friends.