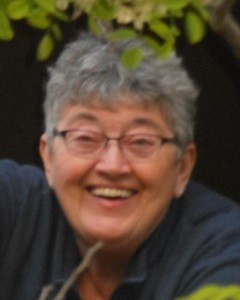 Interment in the Church Cemetery.

Visitation will be Wednesday from 4:00 – 8:00 p.m. at Zion United Methodist Church in Buffalo Lake, and will continue for one hour prior to the service at the Church on Thursday.

Carol Jean Pessek Weispfennig was born November 12, 1946, in Hutchinson, Minnesota.  She is the daughter of George and Helen Pessek.  Carol was baptized on December 15, 1946, at the First Evangelical Lutheran Church in Glencoe, Minnesota, and confirmed into the Christian faith at the Evangelical and Reformed Church of Peace in Glencoe.

On November 21, 1964, Carol was united in marriage to Kenneth Weispfennig at Glencoe, Minnesota.  This marriage was blessed with three sons: Kurt, Kevin, and Kent, and joined later was an adopted son, Joseph.  She was a good and loving wife, mother, and grandmother to not only her own children, but to approximately 80 foster children.

Carol grew up in Glencoe.  After marriage she lived in the Buffalo Lake area.  She was employed at the school district for many years.  She also took an active part in the Lions, Church, the Buffalo Lake-Hector-Stewart Schools, Healthcare Center, Community activities, and attending her grandchildren’s events.  Carol also fostered animals for the Humane Society.  She took great pride in sponsoring her softball team, Carol’s Kids.

On Monday morning, January 13, 2014, Carol passed away peacefully at her own home.  She fought a long battle with breast cancer.

She was preceded in death by her husband Kenny, father George, mother-in-law and father-in-law Grace and Sylvester Weispfennig, both maternal and paternal grandparents, sister-in-law Carol and her husband Newell and their son Tom Coleman.

Carol will truly be missed by many people.