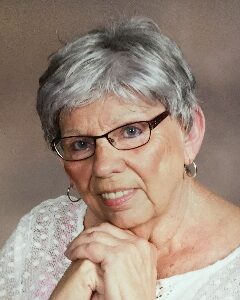 Memorial Service will be held on Tuesday, December 3, 2019, at 11:00 A.M. at Christ the King Lutheran Church in Hutchinson with private family interment in the Zion Evangelical Lutheran Cemetery in Buffalo Lake, Minnesota.

Visitation will be held one hour prior to the service ALL AT CHURCH.

Carol Jean Rath was born on August 4, 1946, in Hutchinson, Minnesota. She was the daughter of Emil and Irene Victoria (Johnson) Rath. Carol was baptized as an infant and was later confirmed in her faith as a youth both at Zion Evangelical Lutheran Church in Buffalo Lake, Minnesota. She received her education in Buffalo Lake, and was a graduate of the Buffalo Lake High School Class of 1964.

In Carol’s younger years, she lived in the twin cities until she made her home in Hutchinson in 2008. Carol was blessed with one son, Mark Froemming.

Carol was employed as a Printing Assistant at the University of Minnesota Printing Service in Minneapolis, Minnesota, until she retired in June of 2006. Carol was a member of Christ the King Lutheran Church in Hutchinson. She was also a volunteer at the Hutchinson Health Auxiliary Thrift Shop.

Carol enjoyed reading a good book, scrapbooking, and walking. She also enjoyed playing the card game Canasta and traveling with her sisters. Carol especially cherished spending time with her family and friends.

When Carol needed assistance with her daily care, she became a resident at Harmony River Living Center on September 5, 2019. She passed away there on Sunday, November 24, 2019, at the age of 73 years. Blessed be her memory.