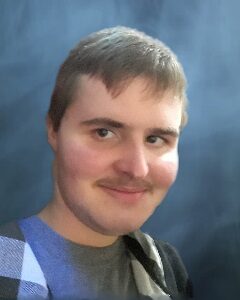 Colby Johnathan Lindback was born on April 7, 1999, in St. Paul, Minnesota. He was the son of Jeffry and Kathy (Brown) Lindback. Colby was baptized as an infant at St. Stephen Lutheran in White Bear Lake, Minnesota. He received his education in Norwood Young America and was a graduate of the Central High School Class of 2019.

Colby was everything good you would want your brother, child, friend to be. He was hilarious, caring to a fault, sarcastic, inquisitive, sweet, thoughtful, and maybe a little mischievous, but that only added to the fun.

He was the king of facial expressions. I swear, one look and you knew exactly what he was thinking. His eye rolls spoke volumes, his scowls were almost comically animated, and when he tasted something yummy for the first time, his eyebrows shot to his forehead.

He tried so hard to show he cared. He'd try to one-up my mother's day gifts so mom knew he loved her more; including, but not limited to, talking mom into allowing him to bring home a kitten - much to our father's exasperation. And you all know the story of his and Tony's El Camino (if you don't, ask Dad/Jeff). He would demand to buy treats for me if I wasn't with him when he saw something I'd like.

He was quick tempered and fiercely protective. He had a tendency to run people's feet over if they got on his nerves or said something mean about a friend. I also remember him getting very angry and hating actors because they played abusive characters.

Colby was creative and loved learning. I can't count the books he read or had read to him about different animal species, be they real or mythical. He and Kenzie could go on for hours about different sects of werewolves, and he loved discussing dog breeds and training with me. He drew everything: dogs, werewolves, minotaurs, cars, you name it, it's probably on my mom's wall. Or our grandma's.

He loved razzing people, especially our father. He'd call him a pain in the butt, right after telling him he loved him. Colby's trash talking during video games or bowling would have me snickering the entire next week.

He was so popular. If you met him, you loved him. It was impossible not to. He is very loved, and very missed.

Colby passed away surrounded by his family on Friday, November 15, 2019, at his home in rural Green Isle at the age of 20 years, 7 months and 8 days.

Colby is preceded in death by his Brother, Tony Lindback; Grandparents, Harold and Minnie Brown and Alan and Roseina Lindback.