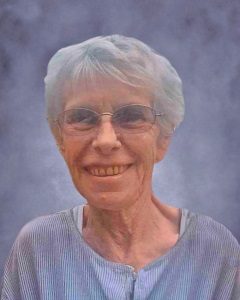 Memorials preferred to Habitat for Humanity.

Colleen (Fast) Carrigan was born on March 11, 1948, in Windom, Minnesota. She was the daughter of John and Grace (Thulien) Fast. She was baptized as a child in 1955 at St. Paul's Lutheran Church in Litchfield, Minnesota, and was later confirmed in her faith in 1961 at Ostmark Lutheran Church in Watkins, Minnesota. Growing up, Colleen resided in Litchfield, Howard Lake, and Kimball, Minnesota. She received her education in Kimball and was a 1966 graduate of the Kimball High School. Colleen continued her education for two years at St. Cloud State University.

On September 17, 1982, Colleen was united in marriage to Daniel Carrigan at the Stearns County Courthouse in Saint Cloud, Minnesota. This marriage was blessed with three children, Christopher, Casey, and Kayla. Colleen and Daniel were later divorced.

Colleen lived and worked in Hutchinson, Minnesota throughout her adult life. She was first employed at 3M, beginning in the modules as a tape packer and then as a checker for the company for seventeen years. She then worked as a florist and delivery driver at Brown's Floral, customer service at Hardware Hank, and McCormick's Family Restaurant, baking delicious desserts for many years before retiring. Above all else, Colleen was a loving, caring, and very dedicated mother to her three children. She will be loved and remembered always.

Colleen enjoyed reading, crocheting, crossword puzzles, Scrabble, and watching Jeopardy. Colleen cherished her time spent with her children, family, and friends. In her spare time, she loved to help others with her volunteer work at Crow River Habitat for Humanity and with Meals on Wheels.

Colleen entered the care of Harmony River Living Center in Hutchinson in May 2019. It was there that Colleen passed away on June 10, 2019, at the age of 71 years.

Colleen is preceded in death by her Parents, John and Grace Fast, and by her infant Brother, Gordon Douglas Fast.