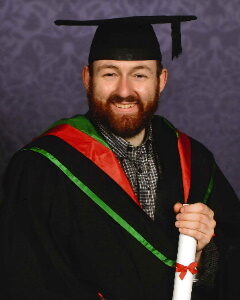 Memorial Service will be held on Saturday, August 15, 2020, at 1:30 P.M., at the McLeod County Veterans Memorial Park: 255 1st Ave NE, Hutchinson, MN. Please bring your own lawn chair for the service. Interment will take place at a later date.

Gathering of Family and Friends will be held Friday, August 14, 2020, from 5:00 – 8:00 P.M., at the Dobratz-Hantge Funeral Chapel in Hutchinson and will continue one hour prior to the service at the McLeod County Veterans Memorial Park.

Immediately following the memorial service, you are invited to the VFW to share a toast in memory of Colt.

Colten “Colt” Curtis Hughes was born on November 17, 1991, in Lacrosse, Wisconsin. He was the son of Curtis and Tressa (Trailer) Hughes. Colt was baptized as an infant and was later confirmed in his faith as a youth at Faith Lutheran Church in Hutchinson. He received his education at Ridgewater College in Hutchinson and later attended Aberystwyth University in Wales, United Kingdom for Business Management.

Colt proudly served in the Minnesota National Guard. He later entered active military service in the United States Army on May 24, 2011, in Hutchinson, and served his country during the Persian Gulf Era. He received an Honorable Discharge on October 15, 2013, at Fort Carson, Colorado.

On October 12, 2019, Colt was united in marriage to Gabriela Bernadetta Pytel on Lake Minnetonka. Colt and Gabriela resided in Silver Lake, Minnesota.

Colt was truly known for his kind heart and never-ending smile, which brightened everyone’s day. He enjoyed riding his motorcycle, hunting, fishing, and traveling. He also enjoyed grilling and growing vegetables. Colt was a proud Green Bay Packer stockholder and season ticket holder. He especially enjoyed spending time with his family and friends. Colt had many dear friends and family, but his dearests were Ryan and Alexandria, Ryan was his best man and Colt was Ryan’s.

Colt is preceded in death by his Father-In-Law, Edward Pytel.