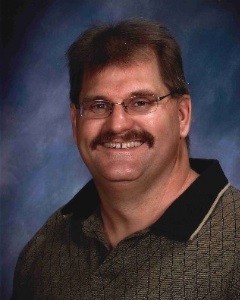 Interment will be held in St. John’s Catholic Cemetery.

Visitation will be held Monday, February 15, 2016, from 5:00 – 8:00 p.m. at the Hughes-Hantge Funeral Chapel in Hector, with Prayer Service at 5:00 p.m. Visitation will continue Tuesday at St. John’s Catholic Church for one hour prior to the service.

Daniel Lee Kramer was born September 28, 1967, in Olivia, Minnesota, the son of Francis and Barbara (Hable) Kramer. He was baptized and confirmed at St. John’s Catholic Church in Hector, where he remained a member throughout his life. Daniel grew up in the Hector area, and graduated from the Hector High School with the Class of 1987. He continued his education at Ridgewater College in Willmar, and graduated from the Culinary Arts Program.

Daniel returned to Hector, and continued the farming operation with his Dad and brother Rick, carrying on the third generation of the Kramer family tradition of farming. His favorite farm work was trucking. He enjoyed hauling the various crops with his own semi.

Dan was a kind-hearted man who loved everybody. He always had a smile to share, and in conversation his smile would often turn to laughter. He was always upbeat and positive. Dan enjoyed his role as an Uncle, and followed his nephews in their sports events and ballgames. He enjoyed having lunch with friends, reading, puzzles, and movies.

The last eight days of Daniel’s life were spent in Abbott Northwestern Hospital in Minneapolis, where he passed away Friday evening, February 12, 2016, having reached the age of 48 years, 4 months, 14 days. Blessed be his memory.

Daniel is survived by his:

Other relatives, and many friends.

Daniel was preceded in death by his Grandparents.