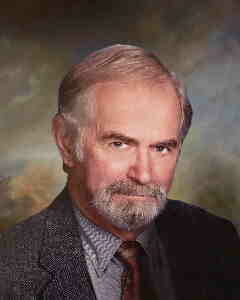 Military Honors will be provided by the Manthey-Asmus American Legion Post #433.

Darwin “Hugo” Steve Muchow was born on May 20, 1944, in New Ulm, Minnesota, to Wilhart and Dorothy (Kujas) Muchow. Hugo was baptized as an infant on June 4, 1944, at St. John’s Lutheran Church, Mountville, and was later confirmed in his faith as a youth on June 15, 1958, at Zion Evangelical Lutheran Church in Winthrop. He was a 1962 graduate of Winthrop Public High School.

On August 1, 1963, Hugo enlisted in the United States Navy where he proudly served from 1963-1969. While in the Navy, he served on the USS Newport News, a heavy cruiser, which patrolled the Atlantic. After his retirement from the Navy, Hugo returned to Sibley County and worked for Del’s Constructions of Le Sueur for over 30 years as a brick mason.

On November 12, 1977, Hugo was united in marriage to Barbara (Turck) Zarnott at St. Peter’s Lutheran Church in Darwin, Minnesota. After their marriage, they resided in Gaylord, Minnesota, to raise their three children, Jeffrey, Joshua and Rebecca.

Hugo was a social butterfly. He loved playing cards and visiting friends and family. Hugo enjoyed his garden, the planting, but not the weeding. The annual week at the lake with his immediate and extended family were often filled with fishing, cards, bean bag tournaments and lots of laughter. He also liked family reunions, including the one with his in-laws, the Turcks. Hugo and Barb regularly attended his ship’s reunions and met often with his Navy buddies all over the country. He adored all of his grandchildren.

Hugo was taken to Abbott Northwestern Hospital in Minneapolis, on February 23, 2020, and cared for by wonderful doctors and nurses. Despite all their efforts: His ship has sailed.