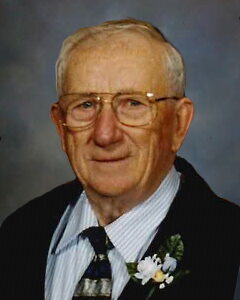 Private Family Service will be held at the Dobratz-Hantge Funeral Chapel in Hutchinson with interment in Peace Lutheran Cemetery in Hutchinson.

Celebration of Life will be held at a later date.

David Frank Arthur Plath was born on January 31, 1928, in Lynn Township, McLeod County, Minnesota. He was the son of George and Emma (Schmidt) Plath. David was baptized as an infant on March 4, 1928, and later confirmed in his faith as a youth on March 6, 1946, both at Zion Evangelical Lutheran Church. He received his education in Hutchinson, Minnesota and celebrated an honorary graduation coordinated by the American Legion on November 11, 1999, at Hutchinson High School.

David entered active military service in the United States Army on April 19, 1946 at Fort Snelling, Minnesota. He served during WWII including the post-war Occupation of Japan. He was honorably discharged at Fort Sheridan, Illinois on January 23, 1947 having achieved the rank of Private First Class. David was recalled to active duty on May 12, 1950 for service during the Korean War where he was wounded by shell fragments and received the Purple Heart among many other distinguished honors. He was honorably discharged on May 1, 1953, at Fort Custer, Michigan having achieved the rank of Master Sergeant. David also served 20 years in the Minnesota National Guard.

On December 14, 1947, David was united in marriage to Delores Krueger at Immanuel Lutheran Church in Brownton, Minnesota. This marriage was blessed with five children, Michael, Keith, Kevin, Sharon, and Deanna. David and Delores resided in Hutchinson and shared 72 years of marriage.

David began working in the maintenance department at 3M in 1948 and was employed there for over 40 years, retiring in 1988.

He enjoyed fishing, hunting, softball, cutting wood, card playing, and old-time music along with dancing. David was happiest when he was spending time at the cabin with many family and friends. David also enjoyed watching the Minnesota Twins and Minnesota Vikings. David won many horseshoe trophies and was excellent at playing beanbags. He was a very social person, leader, organizer, generous, humorous, kind, strong, hard worker, sportsman, and family man. David loved his family the most.

David began living at Harmony River Living Center in Hutchinson on March 16, 2020; he passed away there on Sunday, March 22, 2020, at the age of 92 years. Blessed be his memory.