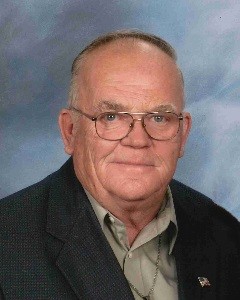 Funeral Services will be Tuesday, February 16th at 11:00 A.M., at St. John’s Lutheran Church in Cedar Mills Township with interment in the church cemetery.

Visitation will be Monday from 5:00 - 8:00 P.M., and Tuesday 8:00-9:00 A.M., at the Dobratz-Hantge Funeral Chapel in Hutchinson and will continue one hour prior to the service at the church.

David Harvey Bach was born on June 18, 1942, in Hutchinson, Minnesota. He was the son of Harvey Otto and Vivian Carol (Miller) Bach. David was baptized as an infant on July 5, 1942 by Pastor A.C. Krueger and was later confirmed in his faith as a youth on May 20, 1956 by Pastor J.H. Beck at St. John's Lutheran Church in Cedar Mills Township, Meeker County, Minnesota. During his youth, David was involved with 4-H. He received his education at District #122 Country School, St. John's Lutheran School in Cedar Mills Township, Meeker County, Hutchinson High School, and was a graduate of the Cosmos High School Class of 1960.

David entered active military service in the Army National Guard on January 9, 1963, in Hutchinson. He completed Basic Training at Fort Leonard Wood, Missouri, on July 8, 1963. After serving six years in the Army National Guard of Minnesota, he was honorably discharged on December 3, 1968. He had achieved the rank of Sergeant Specialist E5 with Company A, 682nd Engineer Battalion of Hutchinson, Minnesota.

On November 14, 1964, David was united in marriage to Deborah Jean Lindeman at Grace Lutheran Church in Brownton, Minnesota, by Pastor E.W. Roesler. This marriage was blessed with three children, Trevor, Tamara, and Melissa. David and Deborah resided on his family Century Farm, and farmed in Cedar Mills Township, Meeker County, for 50 years. David and Deborah shared 51 years of marriage.

In addition to farming, David was employed at Thor Custom Made Equipment in Hutchinson prior to working at the 3M Company in Hutchinson for 29 ½ years. He retired in May 1, 2003. David was a member of St. John's Lutheran Church in Cedar Mills Township, Meeker County, where he served three terms as Deacon, the General Fund Treasurer, Usher, and on the School Board. He was also a member of the Hutchinson American Legion Post #96 in Hutchinson.

David enjoyed fishing, hunting and woodworking. He also enjoyed watching football, wrestling, racing, western movies, reading, traveling, and wintering in Arizona. He loved to be outdoors, and especially enjoyed spending time at his lake home fishing and visiting with his family, children, grandchildren, and friends.

When David needed assistance with his daily care, he became a resident of Harmony River Living Center in Hutchinson, Minnesota on January 25, 2016. He passed away there on Friday, February 12, 2016, at the age of 73 years.