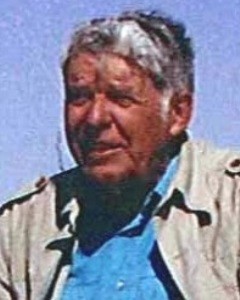 Delano Jack Lietzau, age 79, of Cosmos, Minnesota, passed away Saturday, February 22, 2014, at his home in Cosmos.

Funeral Service will be held Wednesday, February 26, 2014, at 10:30 A.M., at Peace Lutheran Church in Cosmos with interment in the church cemetery.

Delano Jack Lietzau was born on May 19, 1934, in Cosmos, Minnesota. He was the son of Jack and Clara (Hintz) Lietzau. Delano was baptized as an infant on September 13, 1934, and was later confirmed in his faith as a youth on May 16, 1948, both at Peace Lutheran Church in Cosmos. He received his education in Litchfield, Minnesota, and was a graduate of the Litchfield High School Class of 1952.

On September 12, 1954, Delano was united in marriage to Yvonne Meyer at Peace Lutheran Church in Cosmos. This marriage was blessed with five children, Donald, Nancy, Thomas, LeeAnn and Mary Jo.  Delano and Yvonne resided in Cosmos. They shared 46 years of marriage until Yvonne passed away on November 16, 2000.

Delano owned and operated Lietzau Lumber & Construction. Delano was a member of Peace Lutheran Church in Cosmos, where he was a church councilman. He was also a member of Cosmos Rod and Gun Club, the Cosmos Fire Department, Cosmos Community Club and the SCI.

Delano is survived by his:

Many other relatives and friends.