You are here: Home / Obituaries / Delores A. McLain 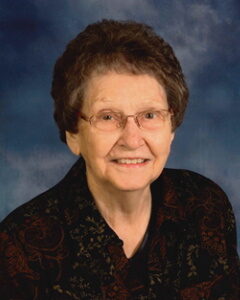 Delores A. McLain, age 87, of Hutchinson, Minnesota, passed away on Sunday, June 21, 2020, at Ecumen of Litchfield – Bethany Memory Care in Litchfield, Minnesota.

Funeral Service will be held on Saturday, June 27, 2020, at 11:00 A.M. at Peace Lutheran Church in Hutchinson with interment in the Oakland Cemetery in Hutchinson.

Delores Arlene McLain was born on November 24, 1932, in Arlington, Minnesota. She was the daughter of Robert and Mollie (Ruff) Sickmann. Delores was baptized as an infant and later confirmed in her faith as a youth on March 30, 1947, both at St. Paul’s Lutheran Church in Arlington. She received her education in Arlington and was a graduate with the Arlington High School class of 1951.

On June 12, 1954, Delores was united in marriage to Kenny McLain at St. Paul’s Lutheran Church in Arlington. This marriage was blessed with three children, Gail, David, and Keith. Delores and Kenny resided in Green Isle, Minnesota, and then moved to Hutchinson, Minnesota in 1956. They shared 50 years of marriage until the passing of Kenny on July 3, 2004.

Delores was a loving wife, mother, grandmother, and great-grandmother. She was a member of Peace Lutheran Church in Hutchinson.

She enjoyed raising honey bees with Kenny, knitting sweaters, and afghans. Delores also enjoyed tending to her vegetable and flower gardens, fishing and canning. She also enjoyed making pies to sell at the farmers market. Delores enjoyed many trips up north to the cabin in Remer, Minnesota along with spending time with her grandchildren.

Delores passed away on Sunday, June 21, 2020, at Ecumen of Litchfield- Bethany Memory care in Litchfield, Minnesota, at the age of 87 years. Blessed be her memory.