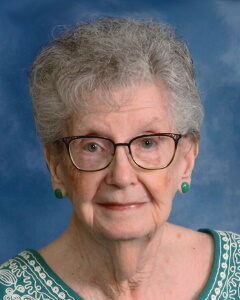 Delphine D. Dobratz, age 88, of Long Lake, formerly Hutchinson, Minnesota, passed away on Friday, May 15, 2020, at Our Lady of Peace in St. Paul, Minnesota.

Graveside Service with social distancing will be held on Saturday, May 23, 2020, at 11:00 A.M. in Oakland Cemetery in Hutchinson.

Memorials may be directed to Our Lady of Peace and Peace Lutheran Church.

Delphine Dora Dobratz was born on December 27, 1931, in Hutchinson, Minnesota. She was the daughter of William and Cornelia (Streich) Dallmann. Delphine was baptized as an infant and later confirmed in her faith as a youth. Due to the death of her parents, she went to Kindergarten in Litchfield, Minnesota. From 1st grade to 6th grade, Delphine went to Hawthorne Public School in Minneapolis, Minnesota. She started the 7th grade at Jordan Junior High in Minneapolis until February of 1944, before being transferred to Hutchinson to live with her aunt. Delphine was a graduate of the Hutchinson High School class of 1949.

Delphine was employed as a bookkeeper and receptionist at KDUZ Radio, Peace Lutheran Church, and Culligan.

The family would like to extend a special thank you to Bruce and Becky Anderson, Ryan Anderson, Peter and Julie Eshenaur, Ethan, Micah, and Abigail Eshenaur for making ‘Ma’ a part of your extended family and making her transition and home in Long Lake an amazing experience.

A special thank you to the staff at Our Lady of Peace and Methodist Hospital for their outstanding care. Thanks also to Dr. Laura Olson at Park Nicollet, North Memorial Ambulance, and Orono Police Department.