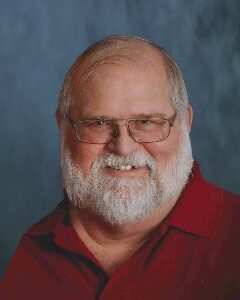 Mass of Christian Burial will be held Friday, October 18, 2019, 11:00 A.M. at Church of St. Pius X in Glencoe with interment following at the Glencoe Catholic Cemetery in Glencoe.

Gathering of Family & Friends will be held Thursday, October 17, 2019, from 4:00-7:00 P.M. at the Johnson-McBride Funeral Chapel in Glencoe. Parish prayers will be at 7:00 P.M. The gathering will continue one hour prior the service at the church on Friday.

Donald Francis Bohnert was born on June 28, 1949, in Cresco, Iowa. The son of Francis Charles and Phyllis Catherine (Skoda) Bohnert, Donald was baptized as an infant and was later confirmed in his faith. He grew up in Iowa, Kansas, Minnesota, Georgia, Oklahoma, Frankfort and Mainz, Germany. Don received his education in 12 different schools by the time he was in the 8th grade. He graduated from Rosemount High School with the Class of 1967. Don furthered his education by attending St. Paul Vo-Tech for carpentry.

Don entered active military service in the United States Marine Corps on December 30, 1968, and served his country during the Vietnam War. After serving two tours in Vietnam, he received an Honorable Discharge on October 7, 1970, and had achieved the rank of Sergeant.

On September 30, 1983, Donald was united in marriage to Lisa Diane Nunemaker in Eagan, Minnesota. Don and Lisa made their home in Eagan and Glencoe, Minnesota. Their life was blessed with children Heather and Jennifer (from a previous marriage), Aron, Amanda, and Austin. Don and Lisa shared 36 years of marriage.

Don worked at the Burnsville Post Office as an assistant postmaster, Glencoe Post Office as the postmaster from 1988-2006, and the Panther Field House. He was a member of the Church of St. Pius X and the Knights of Columbus. Don was also a member of the Glencoe VFW Post #5102. He was active with the cub scouts and boy scouts through numerous leadership roles including den leader and scout master.

Don had a great sense of humor and was a cheerful, friendly, patient man. He enjoyed bowling, fishing, bird-watching, gardening, playing cards, and having coffee with friends. Don treasured the time he spent with his family.

Don passed away on Thursday, October 10, 2019, at Glencoe Regional Health Services in Glencoe at the age of 70 years 3 months and 12 days.

Don was preceded in death by his father Francis and infant daughters April Ann and Amelia Jo.