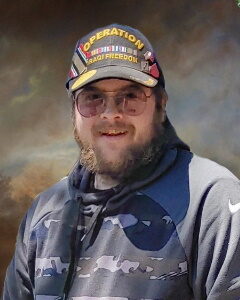 Dustin Robert Baune was born on May 8, 1987, in Hutchinson, Minnesota. He was the son of Joanne Wagner and Robert Baune. He was baptized as an infant. Dustin received his education in Hutchinson and was a graduate with the Hutchinson High School class of 2006.

Dustin entered active military service in the United States Marines Corps on June 5, 2006, in Fort Snelling, Minnesota and served during Operation Iraqi Freedom. He received an Honorable Discharge on June 4, 2010, at Camp Pendleton in California and achieved the rank of Corporal as a diesel mechanic.

Dustin resided in Hutchinson and then moved to Dassel in 2015.

He was employed at Hutch Auto and Truck Parts in Hutchinson, Millerbernd Manufacturing in Winsted, and most recently at the Dassel Liquor Store in Dassel.

Dustin loved his son Liam, enjoyed working on his 1974 Nova, building, creating, welding, fishing, grilling, and cooking. He was an organ and tissue donor as his final gift; which gave him the ability to help many.

Dustin is preceded in death by his Grandpa’s: Alvin “Buddy” Baune and DeForest Wagner.