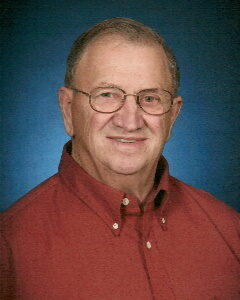 Memorial Service will be held on Wednesday, July 1, 2020, at 11:00 A.M. at Christ the King Lutheran Church in Hutchinson with interment in the Oakland Cemetery in Hutchinson.

As a youth, Earl belonged to the Lynn Hustlers 4-H club and Hutchinson FFA club where he showed many county and state fair winning dairy cows. Earl also won Star Farmer & State Farmer recognition as an FFA member. In high school, Earl was in many sports and activities. He lettered in concert & marching band, track and field team, and in wrestling. In 1952, Earl was one of three who were the first wrestlers for Hutchinson to win sections and go to state.

On October 10, 1959, Earl was united in marriage to Diana Pawlak at Faith Lutheran Church in Hutchinson, and they were blessed with 60 years of marriage. This marriage was blessed with a son, Troy and a daughter, Daris (Fraser).

After graduation, Earl worked for Peterson Construction until 1962, and then farmed 3 miles south of Hutchinson until 1986. Then, Earl worked at HTI for 15 years, semi-retired and drove school bus for Hutchinson School District and for many of their sporting events. After fully retiring, Earl enjoyed going to his office (The Hutch Cafe) to have coffee with his friends and solve the world’s problems.

Earl was very active in his church. In 1962, Earl was a charter member of Christ the King Lutheran Church, served on various councils, boards, and committees, and he assisted as an usher and with communion. Earl believed the church’s Bible Camp was very important, so he financially assisted children to ensure they would be able attend and to enjoy the experience. This was done in memory of his grandson, Jason.

Earl loved to travel with Diana, and their adventures included: Canada, Australia, China, Germany, and surrounding countries, there were also many trips to Hawaii. Earl was also an avid fan of the Hutchinson Girls Basketball team, so there were many road trips to watch Lindsay Whalen and their games. He was also a fan of his grandchildren’s and great-grandchildren’s sports and events, and he went to as many as possible.

Earl passed away at his home in Hutchinson on Saturday, June 27, 2020, at the age of 84 years. Blessed be his memory.

Earl is preceded in death by his Parents, Virgil and Ida Olson; Grandson, Jason Fraser; Mother and Father-in-law, William and Luverna Pawlak.