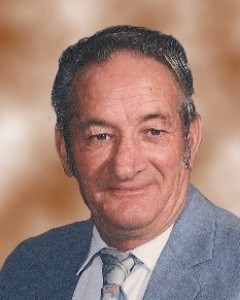 Eldwin Richard Schmidt age 87, of Winthrop, passed away on Saturday, February 14, 2016 at his home in Winthrop.

Funeral Service will be Thursday, February 18, 11:00 A.M. at the Apostolic Christian Church in Winthrop. With interment in the Winthrop Cemetery.

Visitation will be Wednesday, February 17, from 5:00 P.M.-8:00 P.M. at the Apostolic Fellowship Hall. Visitation will continue one hour prior to the service at the church on Thursday.

Eldwin Richard Schmidt was born on August 12, 1928, in West Bend, Iowa. He was the son of Henry Jr. and Celina (Wirtz) Schmidt. Eldwin was baptized as an adult on October 3, 2015, at the Apostolic Christian Church in Winthrop. He received his education at a country school South of Winthrop.

Eldwin served his country in the United States Army from 1954 through 1956.

On February 6, 1954, Eldwin was united in marriage to Lois Mae Bauman at St. John’s Parsonage in Hector. In 1956, the couple moved to Winthrop. Eldwin was employed as a plumber for Heuer Plumbing and Heating, as a truck driver for Eckert Trucking and then at Eckert Farm Supply for 10 years, retiring in his 80’s. Eldwin and Lois were blessed with eight children and they shared 62 years of marriage.

Eldwin was a member of the Apostolic Christian Church in Winthrop.

Eldwin enjoyed fishing and hunting in Northern Minnesota, nature and was an outdoor man. He was mechanically inclined and enjoyed spending time at his cabin in Nimrod, and also his home and backyard. Eldwin loved spending time with his family, especially with his children, grandchildren, and great-grandchildren.

Eldwin passed away on Sunday, February 14, 2016, at his home in Winthrop at the age of 87 years. Blessed be his memory.