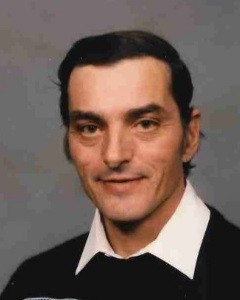 Gathering of Family and Friends will be held for one hour prior to the service on Friday, February 26, at the Church.

On March 28, 1991, Gary was united in marriage to Marie Kisling at St. Paul’s Lutheran Church in Stewart. Gary and Marie resided in Brownton, Minnesota. They shared 24 years of marriage.

Gary was employed as a plumber at Bob’s Plumbing and Heating in Glencoe. He retired in 1995. Prior to this he had worked at Alumacraft in St. Peter, Minnesota, Le Sueur Public Schools, and the Le Sueur Foundry.

On Thursday evening, February 18, 2016, Gary passed away at his home, having reached the age of 67 years.  Blessed be his memory.

Gary was preceded in death by his parents, Lawrence and Joyce Johnson, and his Brother, Kevin Johnson.