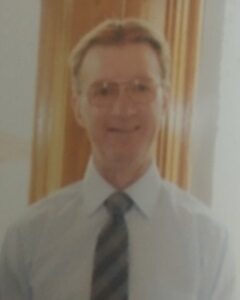 Gary Steven Marti was born on May 23, 1952, in Sleepy Eye, Minnesota. He was the son of Gordon and Irene (Pederson) Marti. Gary was baptized as an infant and was later confirmed in his faith as a youth at the United Methodist Church in Fairfax, Minnesota. He received his education in Fairfax and was a graduate of the Fairfax High School Class of 1970.

Gary was employed as a supervisor at ADC Telecommunications for 20 years, retiring in 2014. He was also employed at Jackpot Junction in food and beverage and Skyline Mobile Homes.

Gary enjoyed old cars, farming and being with friends. He cherished the time he spent with his family.

When he needed assistance with his daily care, Gary became a resident of the Sleepy Eye Care Center and passed away there on Friday, July 31, 2020, at the age of 68 years. Blessed be his memory.

Gary was preceded in death by his Parents, Gordon and Irene Marti; Brother, Bruce Marti.