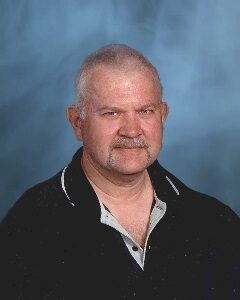 Gaylen Schuft, age 65, of Glencoe, Minnesota, husband of Shari Schuft, passed away Saturday, February 8th, 2020, at his home in Glencoe.

Visitation will be held Wednesday, February 12th, 2020, from 4:00-8:00 P.M. at the Johnson-McBride Funeral Chapel in Glencoe and will continue one hour prior to the service at the church on Thursday.

Gaylen Orland Schuft was born on February 16, 1954, in Hutchinson, Minnesota. He was the son of Arnold and Elva (Schroeder) Schuft. Gaylen was baptized as an infant on March 21, 1954, by Rev. Hemple and was later confirmed in his faith as a youth on May 19, 1968, by Rev. Bode both at Grace Lutheran Church in Hutchinson, Minnesota. He received his education by attending Hutchinson Elementary and High School. Gaylen furthered his education by attending Willmar Junior College in Willmar, Minnesota, for two years.

After his education, Gaylen had many jobs around Hutchinson including Krasean Plumbing and Heating, Erickson Gas Station and Goebel Fixture Company. He then moved to Hawaii and worked for Barret Fixture Company. After 6 months, Gaylen returned and worked at the Hutchinson Golf Course. He attended night classes for bartending in Minneapolis. After completion he worked at Scalawag’s Bar and Grill. Gaylen then worked at Hutchinson Technology Inc., which he helped start, in Eau Claire, Wisconsin, and Plato Woodwork in Plato, until his massive heart attack in 2002. In 2012 Gaylen received a heart transplant. He was a member of First Evangelical Lutheran Church in Glencoe. Gaylen was also a past member of Our Savior’s Lutheran Church in Hutchinson, Minnesota.

Gaylen loved the outdoors. He would hunt and fish with his sons and many buddies. Gaylen waited for the early fishing trips to Canada and in the fall hunting of ducks and geese in this area and deer hunting in northern Minnesota. He enjoyed attending auctions where he collected antiques to resell. Gaylen also collected coins and fishing lures with his sons, attended garage sales and also loved to have his own. He treasured the time spent with his family and friends.

Gaylen's final gift was donating his body to the University of Minnesota anatomy bequest program.