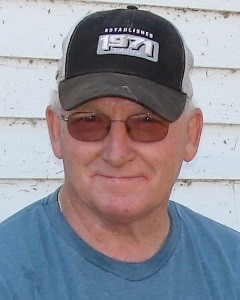 Gene Ray Farber was born on September 12, 1943, in Hollywood Township, Minnesota. He was the son of Roland and Viola (Oelfke) Farber.  Gene was baptized as an infant on September 26, 1943, at St. John Lutheran Church in Hollywood Township, New Germany, Minnesota, and later was confirmed in his faith as a youth on April 14, 1957, at Emanuel Lutheran Church in Hamburg, Minnesota.  He received his education at Emanuel Lutheran parochial school in Hamburg, Minnesota.

Gene worked on the farm. He also worked at Honeywell Advance Circuits and Medallion in Waconia, Minnesota, retiring 7 years ago.  He was a member of St. John Lutheran Church in Hollywood Township, New Germany, Minnesota.  Gene also served on the Carver County Fair Board.

Gene enjoyed hunting and horses, especially trail riding. He enjoyed his Schnauzers and growing tomatoes.  He cherished the time spent visiting with his friends and family, especially his grandchildren.

Gene passed away on Monday, February 8, 2016, at Marie Steiner Kelting Hospice Home in Chaska, Minnesota, at the age of 72 years, 4 months and 26 days.

Gene is preceded in death by his Parents, Roland and Viola Farber.