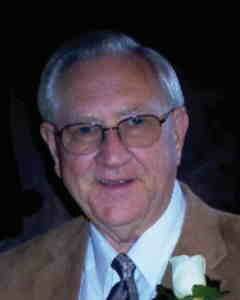 Harvey Totman, age 81, of Fairfax passed away Tuesday, November 26, 2019, at the Fairfax Community Home in Fairfax.

Harvey Wayne Totman was born on October 6, 1938, in Transit Township, Sibley County, Minnesota. He was the son of Harold and Emily (Kober) Totman. Harvey was baptized as an infant and was later confirmed in his faith as a youth. He received his education in Gibbon.

LaAnna Mae Totman was born on March 28, 1937, in Ruthton, Minnesota. She was the daughter of William and Belle (Whipps) Miller. LaAnna was baptized as an infant and was later confirmed in her faith as a youth. She received her education in Stewart and was a graduate of the Stewart High School Class of 1955.

Harvey and LaAnna were blessed with two children, Gordon and Diane Totman.

Harvey and LaAnna loved spending time as a family at their lake home for many years, those are the fondest memories for all.

LaAnna was a telephone operator early on in their marriage, and then assisted with bookwork and taking calls for the livestock company. She also worked at the furniture store, babysat, loved gardening, sewing, decorating, traveling, and bowling. She was a member of the women’s circle at church. Ann was also an election judge.

Harvey was preceded in death by his Parents, Harold and Emily Totman.