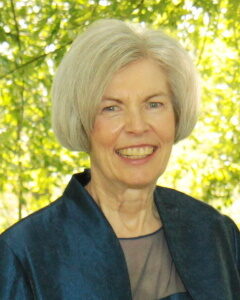 Janet E. McKimm, age 72, of Mankato, formerly Hutchinson, Minnesota, passed away on Sunday, October 4, 2020, at her home in Mankato.

Funeral Service will be held on Saturday, October 10, 2020, at 2:00 P.M. at Peace Lutheran Church in Hutchinson with interment in the Oakland Cemetery in Hutchinson.

Visitation will be held one hour prior to the service at Peace Lutheran Church.

Janet Elaine McKimm was born on February 20, 1948, in Glencoe, Minnesota. She was the daughter of John and Dorothy (Beneke) Aul. Janet was baptized as an infant and confirmed in her faith as a youth, both at First Evangelical Lutheran Church in Glencoe, Minnesota. She received her elementary education in Glencoe and was a graduate of Hutchinson High School on May 31, 1966. She attended Concordia College in St. Paul, Minnesota for two years before transferring to Mankato State College where she graduated on July 17, 1970, with a degree in Mathematics and a minor in Library Science. In 1993, she earned her Masters of Library Science from Emporia State University.

Janet was a loving wife, mother, grandmother, daughter, sister, aunt, and friend. She enjoyed her career as a librarian in Hutchinson, Minnesota, and Centennial, Colorado. Some of her favorite activities included reading, playing games, golfing, fishing, hiking in the mountains, swimming, being by the ocean, and hunting for sand dollars and seashells on the beach. She especially enjoyed spending time with her family and friends.

Janet was diagnosed with Parkinson’s in 2009 and Lewy Body Dementia in 2013.  She peacefully passed away in her home on Sunday, October 4, 2020, at the age of 72 years. Blessed be her memory.