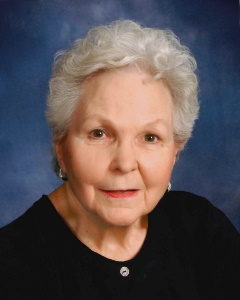 Janice "Jan" Urban, age 82, of Hutchinson, Minnesota, passed away on Monday, August 5, 2019, at GlenFields Living with Care in Glencoe, Minnesota.

Mass of Christian Burial will be held on Monday, August 19, 2019, at 11:00 A.M. at St. Anastasia Catholic Church in Hutchinson with interment in the church cemetery.

Janice Ann (Troska) Urban was born on July 25, 1937, in Preston Lake Township, Renville County, Minnesota. She was the daughter of Nickolas and Erma (Forcier) Troska. She was baptized as an infant on August 1, 1937, and confirmed in her faith as a youth on June 29, 1949, both at St. Boniface Catholic Church in Stewart, Minnesota. She received her education in Stewart, Brownton, and graduated from Litchfield High School class of 1955.

On April 11, 1959, Jan was united in marriage to Gerald Urban at St. Boniface Catholic Church in Stewart. This marriage was blessed with five children, Suzanne, Michael, Kristine, Julianne, and Gregg. Jan and Gerald resided in Glencoe, Minnesota on the farm until May of 2006, when they moved to Hutchinson. They shared 48 years of marriage until the passing of Gerald on March 5, 2008.

Jan was employed at Burns Manor as a Nurse’s Aide, then at Minnesota Mining and Manufacturing from 1979 to 1996.

She enjoyed gardening, traveling, murder mystery dinners, playing cards, Farkle, sewing, quilting, cooking, and baking. Jan was always the hostess, hosting quilting luncheons, dinner and card parties. When she wasn’t hosting, she spent her time escorting her friends to various events, such as the monthly Scarlet Roses Red Hat birthday breakfast. She loved playing bingo at the VFW, attending music in the park and spending time with her family and friends. Jan was a local Avon lady for several years. Her faith taught her about life eternal and she believed in this with her entire being.

Jan was a member of St. Anastasia Catholic Church and Council of Church Women in Hutchinson. She was also a member of the Red Hat Society, Hutchinson Arts Center, and Glencoe Preservation Historic Society. Jan was an active volunteer of Harmony River Living Center and fundraising at the Glencoe Event Center.

She passed away on Monday, August 5, 2019, at GlenFields Living with Care in Glencoe, at the age of 82 years. Blessed be her memory.