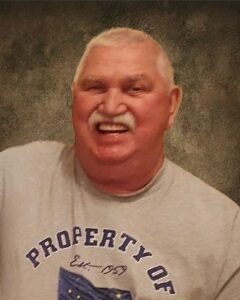 No services will be held at this time.

John Alden Hoffman was born on July 4, 1944, in Hillsboro, ND. He was the son of Sylvester and Thelma (Bush) Hoffman. John was baptized as an infant and later confirmed in his faith as a youth.

On October 20, 1979, John was united in marriage to Barbara AmEnd. John and Barbara made their home in Norwood Young America, MN. Their marriage was blessed with one daughter, Stephanie. They shared over 40 years of marriage.

John worked for the City of Victoria in the Public Works Department. His passions were antique tractors and RV traveling. He treasured the time spent with family and friends, especially his grandchildren.

John passed away on Wednesday, November 27, 2019, at his residence in Norwood Young America, Minnesota at the age of 75 years, 4 months, 23 days

Memorials preferred to the American Cancer Society or Donor’s Choice.