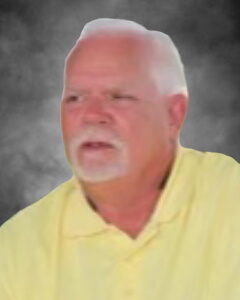 Memorial Service will be held on Thursday, January 21, 2021, 11:00 A.M., at the Dobratz-Hantge Funeral Chapel in Hutchinson.

Gathering of Family and Friends will be held on Wednesday, January 20, 2021, from 5:00 – 8:00 P.M., and will continue one hour prior to the service, all at the Dobratz-Hantge Funeral Chapel in Hutchinson.

John Robert Myllykangas was born on January 30, 1956, at Litchfield Memorial Hospital. He was the son of Robert and Genevieve (Bergquist) Myllykangas. John received his education in Litchfield, Minnesota, graduating with the Litchfield High School Class of 1974.

On December 9, 1978, John was united in marriage to Jill (Pedersen) in Grove City, Minnesota. John and Jill made their home in Hutchinson, Minnesota where they shared over 30 years of marriage. Their marriage was blessed with one daughter, Jetta.

John worked at 3M for 25 years and decided it was not where he wanted to spend his time any longer. He then held multiple jobs the following years until retirement and learned a lot from them about life. John always strived to make things better and more efficient which was shown by his strong work ethic.

John enjoyed many things throughout his life. He was an avid deer hunter and always looked forward to deer opener and spending time with family. He was always trying to find something new and exciting to do whether it be hunting, bowling, driving race cars, or anything else that caught his attention. Never one to pass up a good time or chance to make someone laugh. John was very quick-witted and loved to make people smile even when they didn’t want to. John could also be seen at the local high school sporting events to show support for the hometown teams. He prided himself on not missing any of his grandchildren’s events and always made sure he knew all the kids and parents on each team. John would go to many auctions, some with purpose and others just to see what may interest him. He could be seen fixing up lawnmowers and other small engines to keep him busy after retirement. He would also enjoy going for a long drive to tour the countryside not ever really having a purpose or destination.

John passed away on Thursday, January 14, 2021, at Methodist Hospital in St. Louis Park after a 4-week battle with COVID. May his memory be blessed by all who knew him.