You are here: Home / Obituaries / Jon I. Schwichtenberg 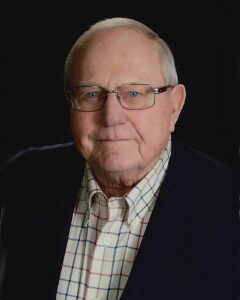 Memorial Service will be held on Wednesday, July 1, 2020, at 11:00 A.M. at St Paul Evangelical Lutheran Church in Lester Prairie, Minnesota with interment in the church cemetery.

Jon Irving Schwichtenberg was born on April 15, 1934, in Lester Prairie, Minnesota. He was the son of Walter Herman and Malinda (Engler) Schwichtenberg, Jon was the youngest of four children. He was baptized as an infant on May 6, 1934, by Rev. E.J. Necker at the St. Paul Evangelical Lutheran Church and later confirmed in his faith as a youth on March 13, 1947, at Moravian Lutheran Church in Waconia, Minnesota under the guidance of Rev. Milo Loppnow. The family moved to Waconia when Jon was in fourth grade. He completed his elementary and high school education in Waconia and was a graduate with the Waconia High School class of 1952. Jon furthered his education at Minnesota School of Business with emphasis on sales, marketing, advertising, and basic accounting for two years. Jon spent his early adult years honing his considerable skills in construction and building fine custom cabinetry.

Jon entered active military service in the United States Army on January 15, 1954, in Minneapolis, Minnesota. He served in the 11th Airborne Division as a parachutist. He spent his time in Kentucky as an office manager and pre-airborne school trainer for older commissioned officers until his release from active duty where he was honorably discharged on January 13, 1956, achieving the rank of Cpl (T).

Immediately upon his release from active duty, Jon joined Lester Buildings. He was first employed as a shop foreman and over his 35 years progressed into advertising, sales, marketing vice president, chief operating officer and part owner.

On December 28, 1956, Jon was united in marriage to Opal Hecksel at St. John’s Lutheran Church in Winsted, Minnesota. This marriage was blessed with three children, Brenda, Guy, and Marc. The couple rented briefly in Waconia, but moved to Lester Prairie as soon as Jon finished a rather huge do it yourself project of building their first home. They shared 44 years of marriage until the passing of Opal on April 9, 1991. On July 22, 1995, Jon was united in marriage to Norma Stueven at St. Paul Evangelical Lutheran Church in Lester Prairie. They shared 24 years of marriage. The retired couple spent their summers in Hutchinson, Minnesota, and winters in South Fort Myers, Florida at Estero Country Club at The Vines. They returned to Minnesota full time in the fall of 2013 due to Jon’s health restrictions.

In the eternal gift of grace through faith in his Savior Jesus, Jon experienced his much longed-for heavenly homecoming on Friday, June 26, 2020, at Harmony River Living Center in Hutchinson, at the age of 86 years.