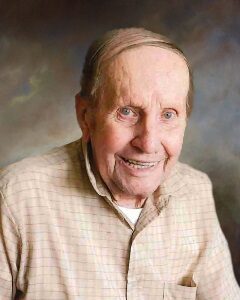 Kenneth Charles Ortloff was born on July 26, 1935, in McLeod County, Minnesota.  He was the son of Hilbert and Viola (Werth) Ortloff.  Kenneth was baptized as an infant on August 18, 1935, by Rev. Alfred Streufert and was later confirmed in his faith as a youth on April 10, 1949, by Rev. Alfred Streufert both at First Evangelical Lutheran Church in Glencoe, Minnesota.  His confirmation verse was John 10:27-28.  Kenneth received his education in Glencoe, Minnesota, graduating with the Glencoe High School Class of 1953.  He entered active military service in the United States Army on May 10, 1955, and served his country during peace time.  Kenneth received an Honorable Discharge on February 11, 1957.

Kenneth was a lifelong farmer.  He was a member of St. John’s Evangelical Lutheran Church in Helen Township, rural Glencoe, Minnesota.