You are here: Home / Obituaries / Kimberly A. Burandt 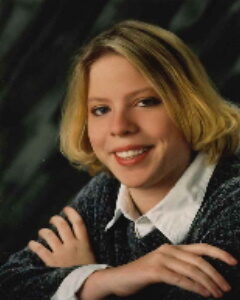 Kimberly A. Burandt, age 37, of Hutchinson, Minnesota, passed away on Tuesday, November 5, 2019, at Hutchinson Health.

Memorial Service will be held on Saturday, November 9, 2019, at 10:00 A.M. at Dobratz-Hantge Funeral Chapel in Hutchinson.

Kim was a wonderful and amazing person. She stood by the people that were fighting cancer and knew what it meant for her to go to the cancer benefits. She attended these cancer benefits every year even though she was in remission. We are so proud of her and how strong she was and always will be. She will be very missed and we all love her very much!

Kimberly is preceded in death by her Aunt, Virginia Burandt.