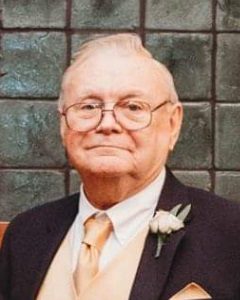 Louis George Kohls was born on April 22, 1943, in Hutchinson, Minnesota. He was the son of Martin and Rosella (Plath) Kohls. Louis was baptized as an infant on May 23, 1943, by Rev. Krueger and later was confirmed in his faith as a youth on May 25, 1958, by Rev. Beck both at St. John’s Lutheran Church in Cedar Mills, Minnesota. He received his education at St. John’s Lutheran School in Cedar Mills, Minnesota, and Hutchinson High School in Hutchinson, Minnesota.

In addition to being a loving husband and father, Louis delivered Coke Products for 25 years, and then worked at Young America Corp in Norwood Young America, Minnesota, and Medallion Cabinetry in Waconia, Minnesota. He also helped others farming.

Louis was a strong man and great dad who took care and was there for his family. He loved all music, especially polka music and dancing with Debra. He also enjoyed playing cards, camping, going to concerts and watching WWE wrestling every Monday and Tuesday. Louis treasured the time spent with his family and friends, especially his great nieces, nephews and grandsons.

Louis passed away Wednesday, July 3, 2019, at Good Samaritan Society in Waconia, Minnesota, at the age of 76 years, 2 months and 11 days.