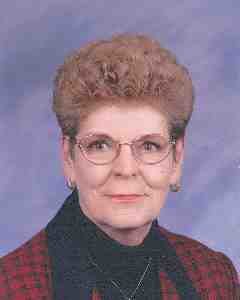 Funeral Service will be Monday, July 15, 2019, 1:00 P.M. at First Evangelical Lutheran Church in Winthrop with interment in the Winthrop Cemetery.

Leilah A. (Cyphers) Anderson was born on November 19, 1928, in Blue Earth, Minnesota. She was the daughter of Alvin and Alma (Beckendorf) Cyphers. Leilah was baptized as an infant on December 23, 1928, and was later confirmed in her faith as a youth on May 24, 1942, both at St. Paul’s Lutheran Church in Blue Earth. She was a graduate of Blue Earth High School and of the Blue Earth Teacher Training Department in 1946. She furthered her education, mainly through night classes, and received her B.S. degree from Mankato State College in 1970.

On January 19, 1952, Leilah was united in marriage to Lloyd H. Anderson at St. Paul’s Lutheran Church in Blue Earth. After their marriage, the couple resided in Winthrop. This union was blessed with two children, Bruce and Twila. Leilah and Lloyd shared 39 years of marriage before Lloyd passed away on July 12, 1991.

Leilah was employed as an elementary teacher at rural school Faribault County from 1946-1951; Cottonwood Public School form 1951-1952; and Winthrop Public School from 1960-1987. She spent 35 years at her teaching career. She was also a Guardian Ad Litem.

Leilah was a member of First Evangelical Lutheran Church in Winthrop where she taught Sunday School, Vacation Bible School and Release Time. She served on the Church Council and was a member of WELCA.

Leilah enjoyed crafts, sewing and showing horses. She cherished the time she spent with her family, especially her granddaughters.

When she needed assistance with her daily care, Leilah became a resident of Oak Terrace Health Care Center on January 25, 2019, and passed away there on Tuesday, July 9, 2019, at the age of 90 years. Blessed be her memory.

Leilah is survived by her:
Children,         Bruce Anderson and his wife, Diane of Lincoln, NE, and
Twila Rockwell and her husband, Ron of Albany, IL,
Granddaughters, Raechel Osborne of Davenport, IA, and A. Miran Spencer of Moline, IL;
Sisters, Elaine Rohm of Rudolph, WI; Eldora Kroells of Waconia, MN;
Many other relatives and friends.