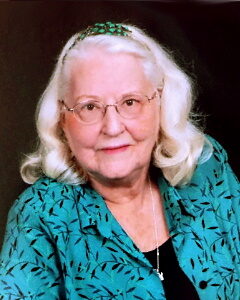 Lois Mildred McCandless was born on October 21, 1931, in Manannah, Minnesota. She was the daughter of Oscar and Mildred (Bauch) Danielson. She was baptized as an infant and later confirmed in her faith as a youth, both at Zion Lutheran Church in Litchfield by Pastor Field. She received her education in Litchfield, Minnesota and was a graduate with the Litchfield High School class of 1949.

On March 23, 1950, Lois was united in marriage to Jerry McCandless in Robbinsdale, Minnesota. This marriage was blessed with four children, James, Carol, Jean, and Janet. Lois and Jerry resided in Grove City, Minnesota. They later moved to Hutchinson. Lois and Jerry shared 62 years of marriage until the passing of Jerry on June 18, 2012.

Lois was a member of Christ the King Lutheran Church in Hutchinson, Minnesota.

Lois passed away on Wednesday, March 25, 2020, at Park Nicollet Methodist Hospital in St. Louis Park, Minnesota, at the age of 88 years. Blessed be her memory.