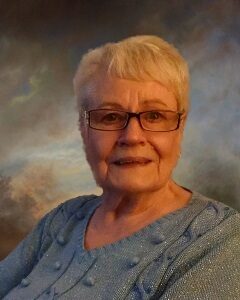 Funeral services will be held Thursday, January 16, 2020, 11:00 A.M. at First Evangelical Lutheran Church in Glencoe, Minnesota, with interment following at the church cemetery.

Marianne is survived by three children: Bernhard Dreier of Hutchinson, MN, Ursula Wingate and her significant other, Curt Templin, of Glencoe and Tamarra Dreier of Coon Rapids, grandchildren Scott Wingate of Glencoe, MN and Ashley Teubert of Glencoe, MN; great-grandchildren Prescott Wingate and Leena Wingate; brother Winifred Lutz and his wife Barb Lutz of Janesville, MN, sisters-in-law, Marlene Lutz of Cloquet, MN, Anne Marie Lutz of Wittmund Germany, Bernice Wolter of Glencoe, MN; many nieces, nephews cousins here in the United States and in Germany to include 2 nieces and one nephew in Germany, other relatives and so many friends.
Marianne will be missed by her four cats: Zorro, Otis, Missy and Andy.

She was preceded in death by her parents, Gustav and Johanna Lutz, her brothers Juergen Lutz and Gunther Lutz, and the father of her children Raymond Dreier.