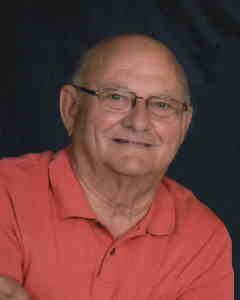 Funeral Service will be Saturday, February 15, 2020, 11:00 A.M. at Immanuel Lutheran Church in Gaylord with interment in the church cemetery.

Visitation will be Friday, February 14, 2020, from 4:00 P.M.-8:00 P.M. at the Egesdal Funeral Home in Gaylord and will continue one hour prior to the service at the church on Saturday.

Martin Kuphal Jr. was born on June 18, 1942, in Gaylord, Minnesota. He was the son of Martin A. and Esther (Podratz) Kuphal. Junior was baptized as an infant on July 12, 1942, and was later confirmed in his faith as a youth on March 25, 1956, both at Immanuel Lutheran Church in Gaylord. He received his education in Gaylord and was a graduate of the Gaylord High School Class of 1960.

On June 23, 1962, Junior was united in marriage to LuAnn Mehlhop at St. Paul's Lutheran Church in Arlington. After their marriage, the couple resided in Gaylord. They were blessed with four children. He was employed as a bulk fuel driver for Ed Henke and Cenex for several years before he bought the Skelly bulk fuel business and then eventually the Skelly service station. He owned and operated Skelly until his health forced him to retire from the business in 1984. He then went to work for Cenex in small engine sales and service. He eventually started his own small engine repair service and enjoyed his many customers and repairing equipment until November of 2019, when his health no longer allowed him to do so. Over the years, Junior had many heart issues and was fortunate enough to have a heart transplant in 2011. Junior and LuAnn shared 57 years of marriage.

Junior enjoyed watching his grandchildren compete in sports, playing cards, fishing and loved to have coffee with friends. He cherished the time he spent with his family, especially his children and grandchildren.