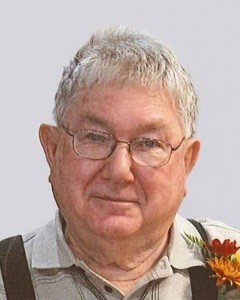 Funeral Service will be Thursday, July 2, 2015, at 11:00 A.M. at the Zion United Methodist Church in Buffalo Lake, with interment in the church cemetery.

Visitation will be held for one hour prior to the service at the church, beginning at 10:00 a.m. on Thursday.

Marvin Raymond Wiggert was born January 22, 1924, in Buffalo Lake, Minnesota, the son of William and Wilhelmina (Riebe) Wiggert. He was baptized and confirmed in the Lutheran faith. Marvin grew up in Buffalo Lake where he received his education.

On October 2, 1943, Marvin was united in marriage to Hazel Daehler in Inglewood, California.  This marriage was blessed with two sons, Loyd and Ivan.  Marvin and Hazel resided in California and later moved to Buffalo Lake, Minnesota.  They share 70 years of marriage before Hazel passed away on August 14, 2014.

Marvin was employed with 3M as a mechanic, and retired in 1986.  His skills as a mechanic were not limited to the workplace, as he loved to fix things.  Woodworking was also one his favorite hobbies.  Marvin liked to spend time at their cabin on Horseshoe Chain.  He enjoyed fishing, and taking his family waterskiing.

Marvin was a member of Zion United Methodist Church in Buffalo Lake.

Late Saturday evening, June 27, 2015, Marvin passed away at the Buffalo Lake Healthcare Center, having reached the age of 91 years.  Blessed be his memory.

Marvin is survived by his:

Sons,   Loyd Wiggert of Hector, and
Ivan Wiggert and his wife, Maggie, of Buffalo Lake;

Many Nieces, Nephews, other relatives, and friends.