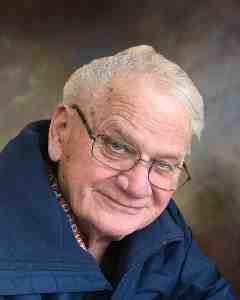 Gathering of Family and Friends will be Monday, August 5, 2019, one hour prior to the service at the church.

Milo Otto Wills was born on January 25, 1933, in Nicollet, Minnesota. He was the son of Otto and Erna (Becker) Wills. Milo was baptized as an infant on March 5, 1933, and was later confirmed in his faith as a youth on March 30, 1947, both at Trinity Lutheran Church in Nicollet. He received his education in Nicollet.

On June 24, 1956, Milo was united in marriage to Lois Zietlow at First Lutheran Church in LaCrosse, Wisconsin. After their marriage, the couple resided in Nicollet and La Crescent, Minnesota, Chandler, Arizona, and Winthrop, Minnesota. Milo was employed by Gary Powers as a carpenter and in wood molding. This union was blessed with three children. Milo and Lois shared 63 years of marriage.

Milo was a member of Zion Evangelical Lutheran Church in Winthrop.

Milo enjoyed fishing, traveling, wood working, volunteering and farming. He cherished the time he spent with his children.

When he needed assistance with his daily care, Milo became a resident of Southview Living Center in Gibbon and passed away there on Thursday, August 1, 2019, at the age of 86 years. Blessed be his memory.

Milo was preceded in death by his Parents, Otto and Erna Wills; Brother, Don Wills; and Son, Rodney Wills.