You are here: Home / Obituaries / Nicholas A. Icenhower 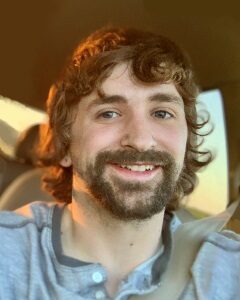 Nicholas A. Icenhower, age 30, of Hutchinson, Minnesota, passed away on Friday, June 26, 2020, at Hutchinson Health.

Gathering of Family and Friends will be held on Wednesday, July 1, 2020, from 1:00-4:00 P.M. at the Dobratz-Hantge Funeral Chapel in Hutchinson.

Nicholas Andrew Icenhower was born on July 27, 1989, in Charlestown, West Virginia. He was the son of Paul Anthony Icenhower and Lena G. Thaxon. He received his education in Hutchinson where he wrestled for the high school team and placed second at state. He later received his GED. Nicholas continued his education at Besser Technical School in Alpena, Michigan, where he received his masonry degree.

Nicholas resided in Hutchinson since 2001. He was blessed with two children, Declan Eli and Aria.

He was employed at Marshall Concrete in Hutchinson, Minnesota, as a Plant Block Technician working on the Vibra Pack.