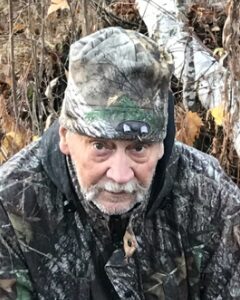 Private Family Celebration of Life will be held at St. John’s Lutheran Church in Plato, Minnesota, with a private family interment at a later date.

Orlin Adolf Engelke was born on February 23, 1941, in Helen Township, Plato, Minnesota.  He was the son of Adolf and Laura (Stockman) Engelke.  Orlin was baptized as an infant and later was confirmed in his faith as a youth on April 3, 1955, both at Emanuel Lutheran Church in Hamburg, Minnesota.  He received his education in Glencoe, Minnesota.  Orlin entered active military service in the United States Army on January 9, 1959, and served his country in Germany as a field artillery crewman.  He received an Honorable Discharge on December 23, 1960 as a Corporal at Fort Hamilton, New York.

On July 1, 1961, Orlin was united in marriage to Judith “Judy” Ann Berry at Emanuel Lutheran Church in Hamburg, Minnesota.  Orlin and Judy made their home in Lester Prairie and Plato, Minnesota.  Their marriage was blessed with three children, Jeffrey, Michell and Thomas.  Orlin and Judy shared over 59 years of marriage.

Orlin is a retired machinist who owned and operated Engelke Machine in Lester Prairie, Minnesota.  He is a member of St. John’s Lutheran Church in Plato, Minnesota.

Orlin was an outdoorsman and enjoyed fishing, hunting and racing.  He was a family man and his business was his passion and a huge part of his life.  Orlin loved the time spent with his friends and family, especially his grandchildren.