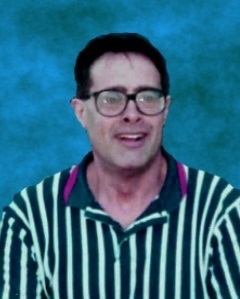 There will be a Prayer Service at 4:00 P.M., at the funeral chapel on Thursday.

Peter "Pete" Kent Hamre was born on October 16, 1956, in Blue Earth, Minnesota. He was the son of Eloi and Alta (Cahoon) Hamre. Peter was baptized as an infant, at Trinity Lutheran Church in Blue Earth, and was later confirmed in his faith as a youth, at Faith Lutheran Church in Hutchinson, Minnesota. He received his education in Hutchinson, and was a graduate of Hutchinson High School Class of 1975. Pete was involved in high school sports, and was very proficient in basketball and golf. He later furthered his education at Ridgewater College in Hutchinson.

Pete resided in rural Dassel. After high School, Pete was employed at Goebel Fixture Company in Hutchinson, where he worked for 30 years before an early retirement to enjoy other ventures and travel. Pete was a member of Faith Lutheran Church in Hutchinson.

Pete enjoyed day-trading, woodworking and collecting, buying and selling antiques. He was a computer "geek" and self-taught electronics expert. Pete was an avid gardener; he was noted for his hybrid tomatoes. He would always start the plants in his green house in the winter. In keeping with his athletic prowess, Pete enjoyed biking, golfing, wind-surfing and cross-country skiing. He especially cherished spending time with his family and friends.

Pete was a loving, caring son, wonderful brother and a good friend. With his dry-sense of humor, he was an all-around nice guy. The world will be a lonely place without him. He will be sorely missed.

Pete suffered a massive coronary at his home in rural Dassel, Minnesota, and passed away there on Sunday, February 7, 2016, at the age of 59 years.

Pete is survived by his:
Sister, Susan Neubarth and her husband, David of Hutchinson, MN;
Uncle LaVern Hamre of Laramie, WY;
Cousins, Roger Kray of Jackson, WY,
Natalie Dahl and her husband, Don of Madison Lake, MN;
Many other relatives and friends.

Pete is preceded in death by his Parents, Eloi and Alta Hamre.