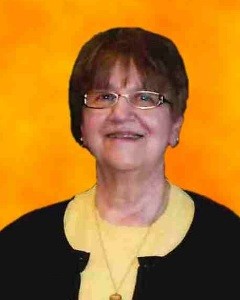 Funeral Services will be Tuesday, February 23, 2016, at 11:00 A.M., at Peace Lutheran Church in Hutchinson with interment in the church cemetery.

Phyllis J. Huls was born on January 25, 1944, in Hutchinson, Minnesota. She was the daughter of Wilbert and Ruth (Kurth) Rusch. Phyllis was baptized as an infant on February 6, 1944, and was later confirmed in her faith as a youth on May 18, 1958, both at Peace Lutheran Church in Hutchinson.  She received her education in Hutchinson, and was a graduate of the Hutchinson High School Class of 1962.

On April 27, 1963, Phyllis was united in marriage to Ellsworth Huls at Peace Lutheran Church in Hutchinson. This marriage was blessed with three sons, Rodney, Ryan and Rusten. Phyllis and Ellsworth resided in the Hutchinson area. They shared 52 years of marriage.

Phyllis was a lifelong member of Peace Lutheran Church in Hutchinson, where she was very active in the Dorcas Club, Hosanna Hand Bells, Alter Guild, and was an LWML delegate. She also taught Sunday school, Bible school and was a release time teacher. Phyllis was also a member of the Litchfield Bowling League, the Buffalo Lake Business Association and the Buffalo Lake Community Club, where she was the secretary for many years. She volunteered in the community, which included the Hospital Auxiliary and the McLeod County Fair Diner.  In 1987, Phyllis was V.P. for the Hutchinson High School Alumni Association.

Phyllis enjoyed family activities, visiting and having coffee (sometime numerous times in a day!) with friends and family.  She was an avid Minnesota Twins and Wild fan. Phyllis especially cherished spending time with her family, grandchildren, great grandchildren and friends.

Phyllis passed away on Friday, February 19, 2016, at her home in Hutchinson, Minnesota, at the age of 72 years.

Phyllis is preceded in death by her Parents, Wilbert and Ruth Rusch; Nephew, Tony Dahl.