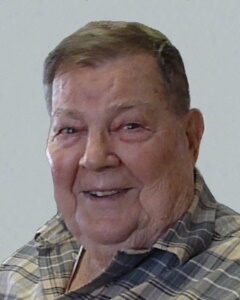 Ray Garnet Fischer, age 91, of Hutchinson formerly of Buffalo Lake passed away Wednesday, October 9, 2019, at his home in Hutchinson.

Gathering of Family and Friends will be Wednesday, October 16, 2019, from 4:00 P.M.-7:00 P.M. at Zion United Methodist Church in Buffalo Lake and will continue one hour prior to the service on Thursday.

On May 20, 1949, Ray was united in marriage to Donna Ziegler at the EUB Church in Buffalo Lake. After their marriage, the couple farmed near Buffalo Lake, retired in Buffalo Lake but spent winters in Mesa, AZ for 23 years and later moved to Hutchinson, Minnesota. Ray and Donna shared 70 years of marriage and were blessed with five children.

Ray had many interests and pastimes. He enjoyed hunting, searching for arrowheads & Indian artifacts, coin collecting, hitting the links with his golf buddies and painting. He was an avid reader who not only enjoyed books, but usually read more than one newspaper every day. He liked telling a funny story or a joke and generally loved mischief. He developed an interest in aviation at a young age and had his first solo flight at age 17, then earned his pilot’s license at age 18. Fishing was a passion and he made several fishing trips to Canada, Alaska, the Missouri River in S. Dakota, and Minnesota lakes. He and Donna vacationed in Maui, Hawaii for 24 years, and he prized those visits and all things Hawaiian. Ray cherished the time he spent with his aunts, uncles and cousins as well as time with his children, grandchildren and great-grandchildren.

Ray passed away on Wednesday, October 9, 2019, at his home in Hutchinson at the age of 91 years. Blessed be his memory.