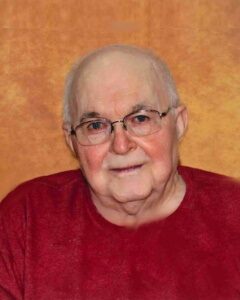 The Frericks Family invites everyone to lunch and sharing memories of Ray at Nancy and Wayne's home, 281 Colfax Ave, Hector, MN.  Outdoor seating and physical distancing will be in place.

Raymond “Ray” John Frericks was born on July 3, 1931, in Remsen, Iowa. He was the son of Frank and Bernadetta (Holgraffer) Frericks. Ray was baptized as an infant and was later confirmed in his faith as a youth. He attended St. Anne’s School in Wabasso, Redwood County, Minnesota.

On August 1, 1951, Ray was united in marriage to Claris Schunk at St. Anne’s Church in Wabasso. This marriage was blessed with four children, Carol, Stephen, Michael, and Nancy. Ray and Claris resided by Wabasso until moving to Hector, Minnesota, in 1960. Ray and Claris shared 53 years of marriage until Claris passed away on December 17, 2004.

Ray farmed for David Johnson for over 20 years until he took a job in Kansas. Ray and Claris moved to Kansas for five years where he was employed at APTUS, Inc. They moved back to Hector again in 1990 and he farmed for Alan Roepke, Leroy Stamer, and Don Cunningham until retiring in 2006. Ray was a member of St. John’s Catholic Church in Hector. He was also a member of Knights of Columbus.