You are here: Home / Obituaries / Reverend Norman A. Sifferath 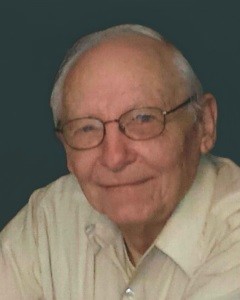 Funeral Services will be held Saturday, August 1, 2015, at 11:00 A.M. at St. Paul’s Lutheran Church in Stewart, with interment in the church cemetery.

Visitation will be Friday from 5:00 – 8:00 P.M. at St. Paul’s Lutheran Church in Stewart, and will continue for one hour prior to the service on Saturday.

Reverend Norman A. Sifferath was born on November 1, 1933, in Round Grove Township, McLeod County, Minnesota, the son of William and Emilie (Bartels) Sifferath. Norman was baptized on November 26, 1933, and was later confirmed in his faith on July 6, 1947, both at St. Paul’s Lutheran Church in Stewart, Minnesota. He grew up in rural Winthrop, Minnesota, and attended country school in District #52 until the 6th grade. Norman was a graduate of the Buffalo Lake High School Class of 1951. He furthered his education at Wartburg College in Waverly, Iowa. Afterwards he attended Wartburg Seminary in Dubuque, Iowa; he graduated and was ordained in 1959.

During his lifetime, he had a number of interests. He was an avid stamp and coin collector, enjoyed photography, and winemaking. He enjoyed flying and was a licensed pilot. As an accomplished woodworker, Norman created many beautiful pieces for family members. He enjoyed listening to music and playing the organ. He also loved technology and spent many hours on his computer converting his music into a digital format, as is evidenced by his massive music files.  At his residence at Prince of Peace Retirement Living, he enjoyed competing in the wii bowling league – he even scored a perfect 300 game! He also enjoyed puzzles, but most of all he enjoyed the time he spent with his family.

Norman passed away on Tuesday, July 28, 2015, at the Hutchinson Health Hospital in Hutchinson, Minnesota at the age of 81 years. Blessed be his memory.

Norman is survived by his:

Brother, Gary Sifferath and his wife Nancy of Burnsville, MN;

many Great-nieces and Great-nephews, other relatives, and friends.

Norman was preceded in death by his parents William and Emilie Sifferath, his stepmother Irene Sifferath, and brother Lloyd Sifferath.