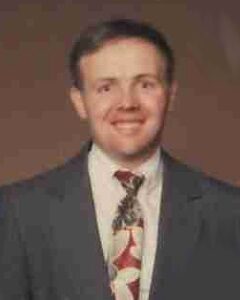 Richard Thomas Miller was born on February 28, 1951, in Glencoe, Minnesota. He was the son of Fred and Marie (Panning) Miller. Richard was baptized as an infant on March 11, 1951, and later confirmed in his faith as a youth on April 11, 1965, both at St. John’s Lutheran Church in Plato, Minnesota. His confirmation verse was Isaiah 41:13 ~ “For I, the Lord, thy God will hold thy right hand, saying unto thee: Fear not; I will help thee.”  Richard received his education in Glencoe and was a graduate with the Glencoe High School class of 1969. Richard worked on the family farm with his father until 1998.

Richard lived in several group homes in central Minnesota.  He spent nine years at Fourth Avenue Homes in Spicer, Minnesota, where he had many friends and enjoyed a variety of activities.  Richard has lived at GlenOaks Nursing Home in New London, Minnesota for the past five years. One of his highlights was when he was named Valentine King and was in the New London parade. He enjoyed talking to anyone and would ask, “would you like to pay UNO?” Richard especially liked telling jokes and laughing about them himself. He loved to read the Bible and sing hymns. He also enjoyed watching the Minnesota sports teams on television. Richard was currently a member of Gloria Dei Lutheran Church in Cold Spring, Minnesota.

Richard passed away on Monday, November 16, 2020, at GlenOaks Senior Living in New London, Minnesota, at the age of 69 years, 8 months and 19 days. Blessed be his memory.