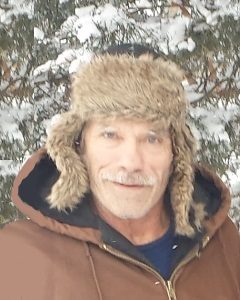 Memorial Service will be held on Saturday, September 7, 2019, at 11:00 A.M. at Hantge Funeral Chapel in Darwin, Minnesota.

Ricky Joe Hawes was born on March 7, 1953, in Wayzata, Minnesota. He was the son of Gilbert and Jacqueline (Olson) Hawes. He was baptized as an infant and later confirmed in his faith as a youth. He received his education in Hutchinson and was a graduate with the Hutchinson High School class of 1971.

Ricky resided in his own home at his brother (Mark) and sister-in-law’s (Desiree) rural residence in Dassel, Minnesota since 2002.

Prior to Ricky’s retirement, he was employed at Landscape Structures Inc. in Delano, Minnesota for approximately 17 years along with various other jobs throughout his lifetime.  He loved the simple life of country living and the independence of having his own place to call home.

Ricky had many acquaintances over the years and enjoyed being with family and friends.  He especially enjoyed attending special events and helping others.

Ricky passed away on Tuesday, August 27, 2019, at Abbott Northwestern Hospital in Minneapolis, Minnesota, at the age of 66.  His family will deeply miss his quiet and humble spirit.  God’s ways are much greater for Ricky. Blessed be his memory.

Ricky is preceded in death by his Parents, Gilbert and Jacqueline Hawes; Nephew, Quinton Hawes and many other relatives.