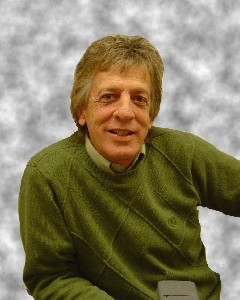 Robert John Maas was born on May 4, 1951, in Faribault, Minnesota. He was the son of John and Catherine (Sammon) Maas. Bob was baptized as an infant and was later confirmed in his faith as a youth. He graduated from high school and furthered his education in Winona and was a 1974 graduate of Winona State College.

Bob taught high school English in Oklahoma, the Twin Cities and finally in the GFW School System. He retired from GFW in 2011. After retirement, he taught at South Central College and the Mankato School District until present.

On July 15, 1991, Bob was united in marriage to Sandra Headlee. After their marriage, the couple resided in Gaylord.

Bob loved teaching, traveling, camping, gardening and his dog, Delilah. He will be greatly missed by family, friends, co-workers and former and present students.

Bob passed away Sunday, October 25, 2015, at Abbott Northwestern Hospital in Minneapolis at the age of 64 years. Blessed be his memory.

Bob is survived by his:

Brothers-In-Law and Sisters-In-Law, Tom and Debra Ewalt and Michael and Gwen Gardner;

Bob was preceded in death by his Parents, John and Catherine Maas; and Sister, Lois.