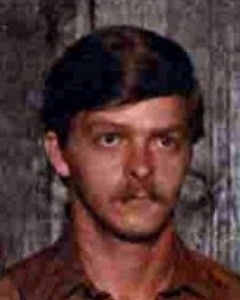 Interment will be held in the Church Cemetery.

Military Honors will be provided by the DeGree-Fleisch American Legion Post 125 of Stewart.

Robert Charles Langenbau was born January 14, 1957, in Brainerd, Minnesota, the son of August and Anecia (Parker) Langenbau. He was baptized at the Pleasant Hill Community Church in Pine River, Minnesota, and was confirmed in his faith on April 30, 1972, at St. Paul’s Lutheran Church in Stewart. He grew up in Boon Lake Township, rural Stewart, and was known to his friends and family as Bob. Bob graduated from the Stewart High School in 1975.

Following his graduation, Robert entered the United States Army on May 30, 1975. He served stateside and overseas for nine years, and was honorably discharged on February 7, 1984. He then returned home to Stewart.

Bob worked in the production department at HTI in Hutchinson for several years. He was a member of the American Legion in Hutchinson.

Bob was kind-hearted, always there to lend a helping hand. His door was always open at his home, ready to welcome guests. He had many hobbies, including fishing, hunting, and motorcycling. He liked to play cribbage and cards, and shake dice. He also liked to watch wrestling on TV.

Early Tuesday morning, February 9, 2016, Robert passed away at his home in Stewart, having reached the age of 59 years. Blessed be his memory.

Robert is survived by his:

Robert was preceded in death by his Dad, August Langenbau, his Grandparents, and a number of his Aunts and Uncles.