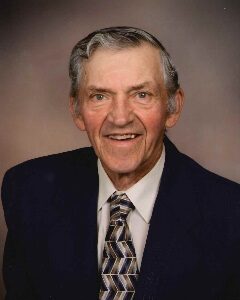 Roger Kurth, age 75, of Buffalo Lake, Minnesota, passed away on Monday, March 16, 2020, at his home in Boon Lake Township, Minnesota.

Funeral Service will be held on Friday, March 20, 2020, at 11:00 A.M. at St. John’s Lutheran Church in Cedar Mills Township, Minnesota with interment in the church cemetery.

Visitation will be held on Thursday, March 19, 2020, from 5:00-8:00 P.M. at Dobratz-Hantge Funeral Chapel in Hutchinson and will continue one hour prior to the service at the church.

The family would like to state that because of the current health crisis we are enduring, please use your own judgement on coming to pay your respects and condolences, they understand your absence. The family has chosen not to hold a luncheon following the service due to this health crisis.

Roger James Kurth was born March 28, 1944, at Hutchinson, Minnesota, to Parents Arthur and Esther (Witte) Kurth. He was made a child of God and an heir of everlasting life in heaven by means of Holy Baptism on April 23, 1944, at St. John’s Lutheran Church in Cedar Mills Township, by Rev. A. C. Krueger.

Roger was confirmed in the Lutheran faith at St. John’s Lutheran Church in Cedar Mills Township, on May 25, 1958, by Rev. J. H. Beck. Roger attended elementary school at District #120 in Lakeside, District #38 and St. John’s Lutheran Parochial School and graduated from Hutchinson High School in 1962. He was a member of the Boon Lake Orioles 4-H Club enrolled in the Dairy project and exhibiting Guernsey cattle. He won many awards with his dairy cattle and numerous state fair trips. When his sons became 4-H members he was the dairy judging team coach.

On April 8, 1972, Roger was united in marriage to Linda Schiro at Peace Lutheran Church in Cosmos, Minnesota by Rev. Ronald Freimark. This marriage was blessed with 3 sons, Troy, Tony, and Tim. Roger & Linda farmed together with their family in Boon Lake Township, Renville County, Minnesota. They shared 47 years of marriage.

Roger was a lifetime farmer and milked cows for 61 years. He started working alongside his parents and later with his sons. He served several years on the DHIA board. Everything was valuable and a treasure. He spent many hours taking things apart in the shop salvaging items for recycling. To him, everything had a second chance.

Roger was a lifetime member of St. John’s Lutheran Church. He served as a Deacon, Trustee, and on the Board of Education. He also tolled the bells at the time of death of church members for many years until health problems required him to quit.

Roger is remembered as a quiet, kind-hearted man with a heart of gold.

Roger passed away on Monday, March 16, 2020, at his home in Boon Lake Township, Minnesota, at the age of 75 years. Blessed be his memory.

Roger is survived by his wife, Linda of Buffalo Lake, MN; 3 Sons, Troy Kurth of Hutchinson, MN, Tony Kurth and his wife, Karissa, of Stewart, MN and Tim Kurth of Buffalo Lake, MN; Sister, Janice Albrecht and her husband, Gerald (Jerry), of Watertown, MN; Godson, Noah Kurth of St. Paul, MN; Sister-in-law, LuAnn Rusch and her husband, Jerry, of Hutchinson, MN; Brothers-in-law, Laurel Schiro and his wife, Carol, of Cosmos, MN, and Leland Schiro and his wife, Caroline, of Cosmos, MN; Many Cousins, other relatives, and friends.

Roger was preceded in death by his Parents, Arthur and Esther Kurth; Parents-in-law, Donald and Verna Schiro; Godson, Robert Kurth.